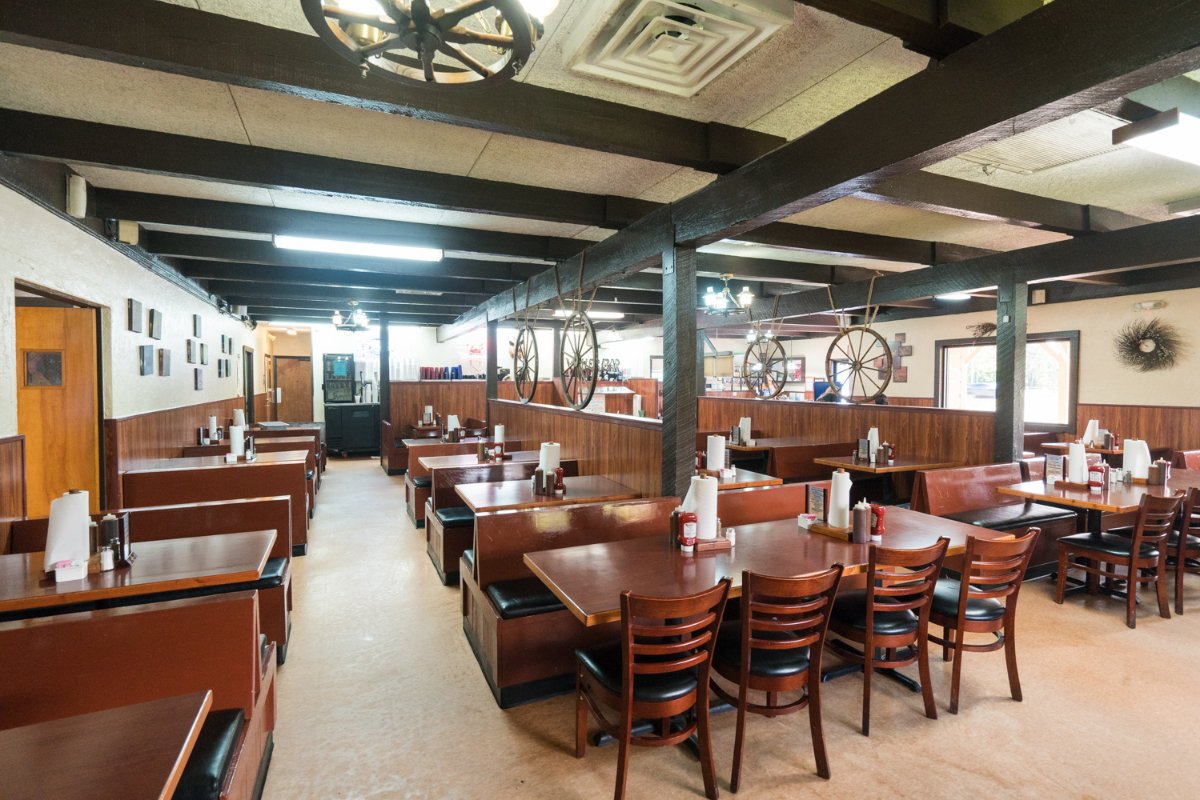 Once in a while one will come across a restaurant that is unique and colorful and that is what we found at the Smoke’n Pit Barb-b-q in North Fort Myers.

This is definitely a place where not only the locals go to eat but they return often. We spoke with one customer Justin who told us he eats there almost every day and has done so for a while. We could tell there where many who do this as the wait staff knew many of them by name and remembered their drink orders and what they liked to eat. There were many there who were on their lunch break from work.

Smoke’n Pit is a family owned and operated restaurant since 1998 and is located on “old 41” in North Fort Myers. There menu is what you would expect at a BBQ restaurant, ribs, pulled pork, chicken, BBQ beef and many of the traditional sides except corn on the cob. I had 2 dining companions join me on this visit. We each had something different and you could tell who the Yankee was just by the drink orders; 2 sweet teas and one unsweet, which raised an eyebrow of our waiter. One had pulled pork, another had ribs and I had BBQ chicken. The meals were very good and you get plenty of food. However it is the charm that really adds to the experience.

The waiters on duty were “Fluffy” and Jay aka “HG”. Fluffy is well known from his many years as a waiter at Applebee’s in North Fort Myers and seems to somewhat of a local celebrity. Our waiter was Jay “HG” and he is married to the owner’s daughter. Jay really makes you feel like you are at home. He really adds to the charm of restaurant. What perhaps really intrigued me was the “Vittles Bar” which is small but has potato salad, pickles, beets etc. I was told they did some redecorating recently, like painting, new booths/tables. It has a very country theme again adding to the charm. They also have a meeting room where I am told they have had many a wedding and other parties.

The prices are reasonable so it is affordable for most to dine there. I found the food to be average but considering the price and charm it is certainly well worth a trip there. Just be sure to ask for Fluffy or Jay aka “HG” when you stop in.