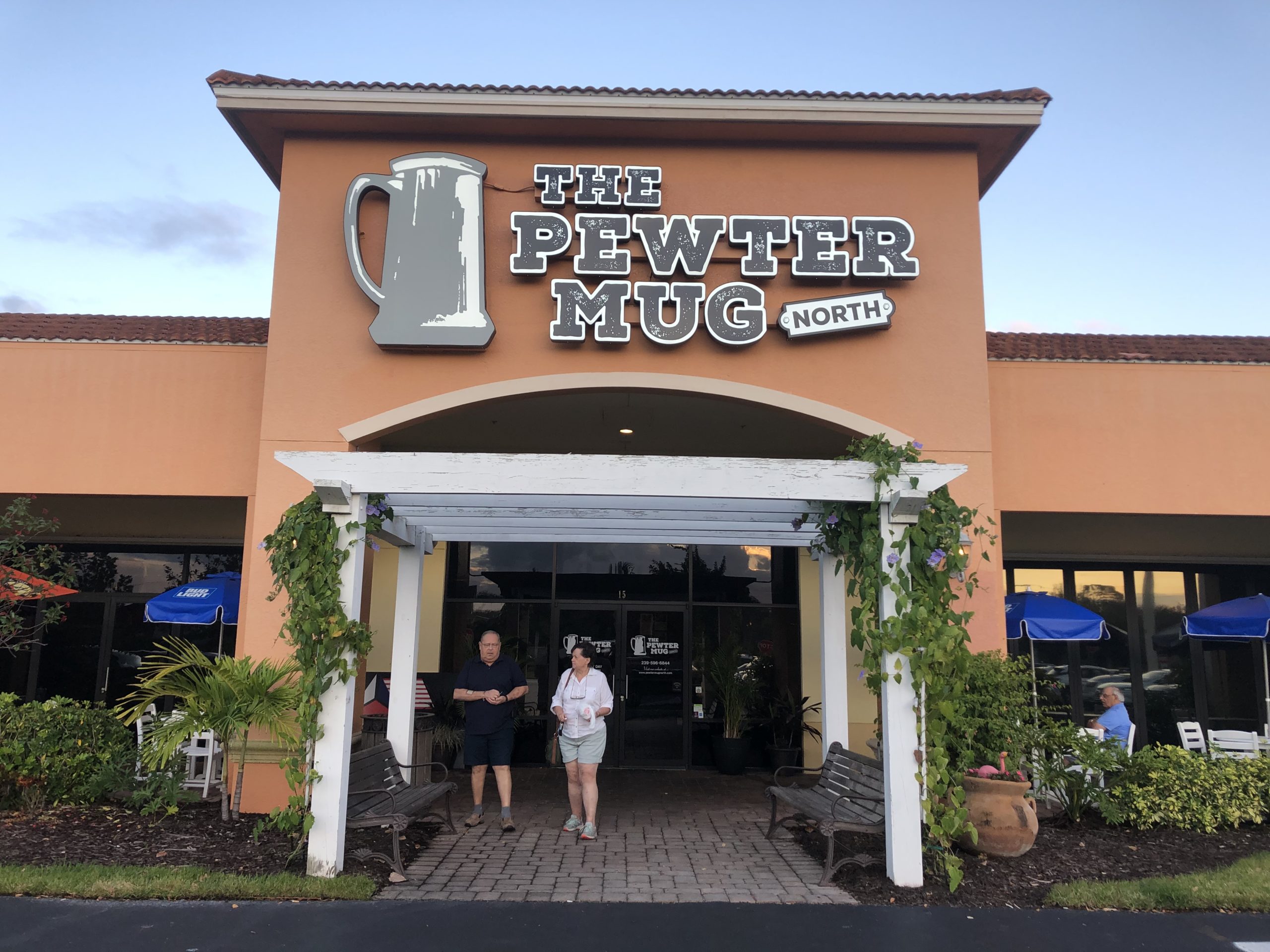 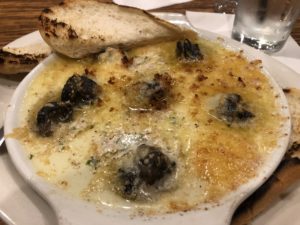 One can probably count the number of restaurants in SWFL that have been open for more than 40 years on 1 hand. There are even less that have been open for 50 years. In Naples there is one such restaurant. The Pewter Mug. In 2018 they moved from their original location to where they are now in the Tamiami Square shopping center and they re-branded as Pewter Mug North.  They have been noted for the steaks, prime rib and their salad bar. While we had dined in the original location many times over the years, we thought we should check out the location.

We did make reservations as I recalled they were a very popular restaurant and as it is “season” we wanted to be sure that we would not have a long wait. When we arrived, we did have a few minutes wait, but we did arrive a bit early. There were patrons waiting who did not have a reservation and they were told the wait was 1 ½ hours.

Our hostess took us to our seats and shortly thereafter our server arrived for our drink orders. They were doing a very brisk business due to their early bird specials. They end at 6 and we noticed that except for a lull that lasted maybe 15 mins the dining room was full, and the bar area was also full.

For an appetizer we settled on the Braised Escargot ($12) Baked with Garlic and Shallot Madre D’ Butter Topped with Asiago Cheese and Panko Breadcrumbs. Can you say delicious! The snails were large and cooked perfectly. If you are an Escargot lover like we are, then you will want to try these. 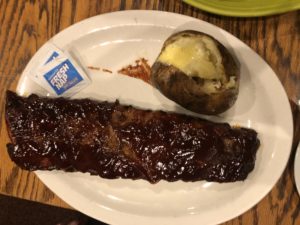 Our entrees were the BBQ Baby Back Ribs ($28) Slow Braised and then Roasted Finished with BBQ Sauce and the 10 oz Master Cut Prime Rib ($27). All Entrees Include the Soup and Salad Bar and choice of Baked Potato, Baked Sweet Potato, Or Steak Fries. We both opted for the baked potato.

The salad bar is in 2 sections, so it moves along pretty quick. Everything was just so fresh. The tomatoes were juicy and flavorful. They had macaroni salad and it reminded me of how my mother use to made it. The lettuce and other salad fixings were fresh as well. The soups that night were New England Clam Chowder and Italian Wedding Soup. Both you can tell were made from scratch. We could have made a meal po the soup and salad bar alone. The Italian Wedding Soup was missing the Endive or Spinach but other than that is was spot on. The chowder was bowl licking good. Sometimes a chowder can be too thin or too thick but there’s was just as a chowder should be. 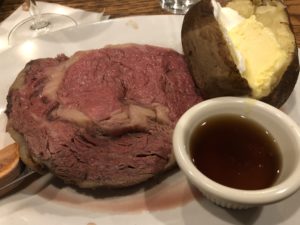 Our entrées arrived and they were hot. Nothing is worse than having your entrée served and it is lukewarm from sitting around too long. The ribs were the best my dining partner has had in a long time. So tender it just fell off the bone.  My prime rib was cooked a perfect medium, tender and juicy. The Baked potatoes were so light and fluffy. I guess it is all in how you bake them that makes the difference.

We did not have room for any of their desserts, but we did take a look. So many delicious options. Our server knew just what to recommend. She provided excellent service and we noted that all the tables were well attended. When we were leaving, those without reservations were being told it was a 30-minute wait. 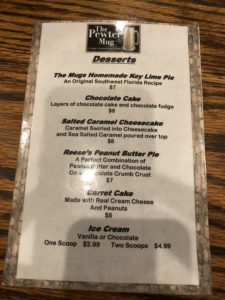 After 50 years they certainly have it all together and that is why they are thriving today. The Pewter Mug is just so solid in what they serve. It was such a delight to dine there. They do everything so well that it is no wonder they remain so popular. We highly suggest reservations though.

Overall Rating: Off the chain good