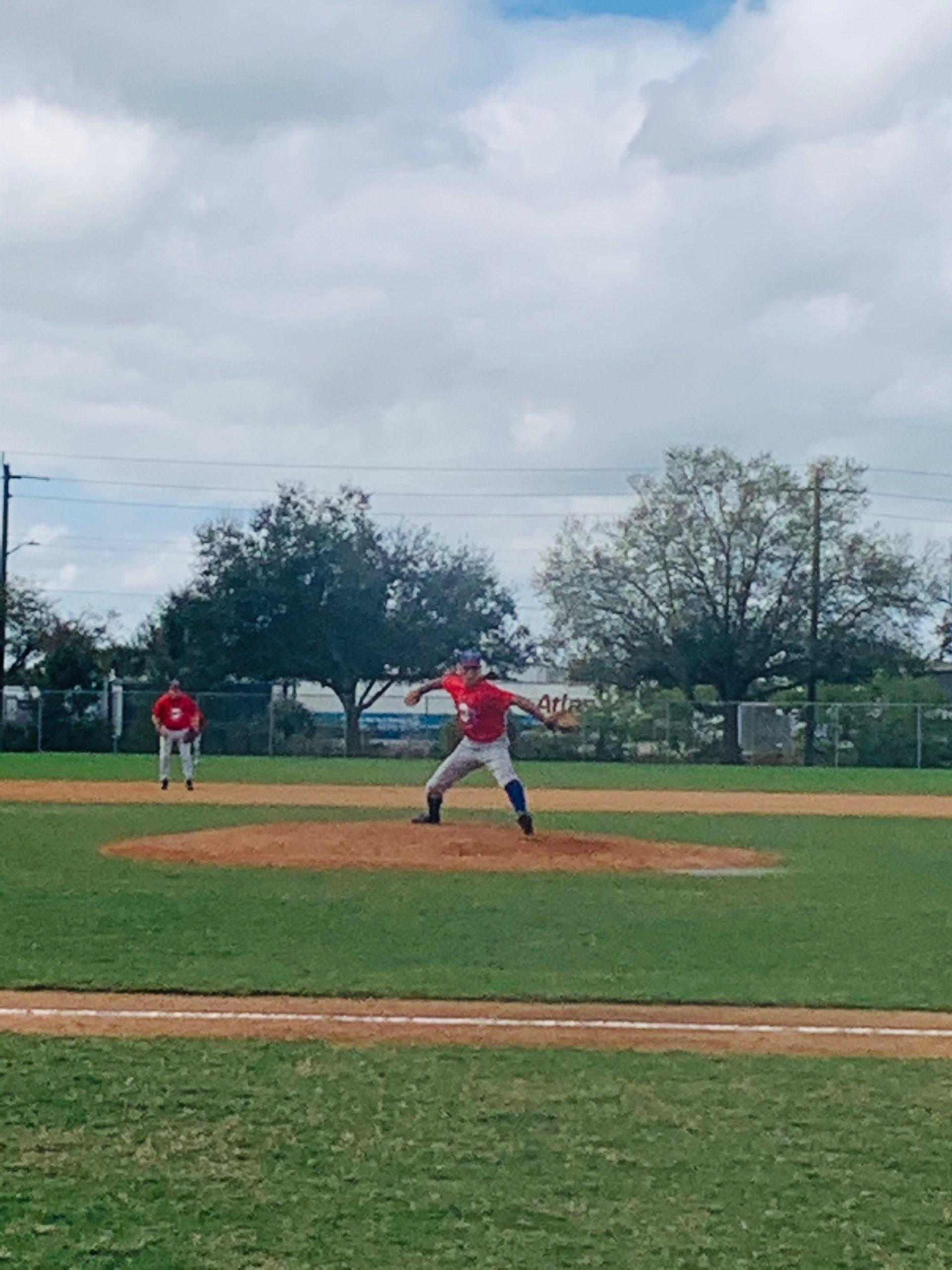 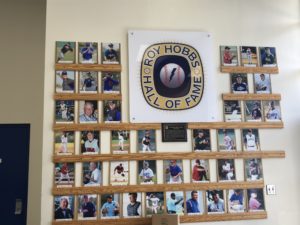 Baseball is very popular in Fort Myers. There are 2 Spring Training teams, Twins and Red Sox, there is the Fort Myers Mighty Muscles and then there is Senior Baseball. Bet you never knew that there is a league right here in Fort Myers for that called The Arnie Owens +50 League. Oh, but it gets better. There are several tournaments held yearly in Fort Myers. The Bob Wagner’s Wooden Bat Classic  and Roy Hobbs Baseball.

Roy Hobbs holds their World Series and Sunshine Classic tournaments right here in Fort Myers every year for about 30 years now.  They are located in the Lee County Player Development Complex on Edison Ave. Not many even know about this facility. According to their site they have “five baseball fields with bullpens and eight batting tunnels. The clubhouse includes: a spacious players’ locker room with showers, a trainer/therapy room, a hydro-therapy room, laundry room, an umpire locker room & coaches locker room.”

We had the opportunity to visit Roy Hobbs Baseball during their recent Sunshine Classic and chatted with some of the teams and players. In this tournament they play with wood bats and 9 innings. There are 7 divisions from 35+ all the way to 70+ and a Family Ties division. It is a 5-week tournament and the teams play 6 games over 4 day. There are no more than 12 teams per age group. They also get spoiled while they are here.  They have use of all the facilities, full locker room access, their uniforms are washed for them and they have meals provided daily. There is a waiting list to get into this tournament. 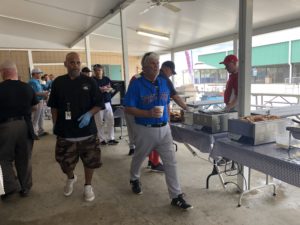 We chatted with several players from the Sea Dogs, they were busy though focusing on the game and were ahead 4-2 (top of 6) when we spoke to them. All the players come from different walks of life such a painter, nurse, marketing, GC Remodeling and even a medical physicist. They have 15 players and 2 coaches.  We asked them why they played senior baseball and the responses were all pretty similar…they love the game and because they can still play. 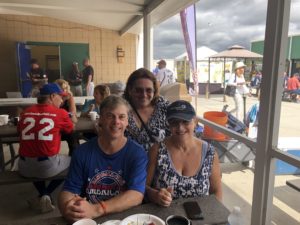 We then went to chat with the Americans Baseball Club players. This is were we met one of the wives Catherine Tucker. Her husband Curt plays on the team. His number is 1. By day he is the Artistic Director for First Coast Opera in St. Augustine. He was playing out field for this game. Cathy was a delight and really explained the ins and out of senior baseball. Curt use to play in college but over the year’s life took him in different directions. Senior Baseball now gives him to opportunity to play once again. 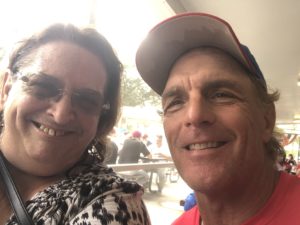 The Americans Baseball Club has a player that some may remember if they are an NFL Football fan. Playing in the position of pitcher was former Quarterback Doug Flutie. Flutie played for a variety of teams, the Bears, the Patriots, the Bills and he played 8 years with the Canadian Football League. Watching him pitch was really something to see. He still has that arm he is famous for.

We had the opportunity to chat a few minutes with him.  We wanted to know why baseball after all those years playing football. He has found that he can “compete at a high level with people his age” when he plays baseball. `He has been playing baseball for 12-13 years and in tournaments for 7 years. He got interested because he had friends who were playing seniors baseball.  We asked what he enjoyed doing while in Fort Myers. He enjoys staying at the beach, going to sports bars and listening to live music. We also met his lovely wife and we gave her some insider tips on the best places to go shopping.

This tournament ends March  1st. In case you were wondering how the Doc Ford’s Sea Dogs fared. The ended up 3-3 and in 4th place. The Americans Baseball Club ended undefeated at 6-0 and were their division top finisher.

The next Roy Hobbs Tournament in Fort Myers is their World Series which starts October 17. See you there!

Step One of Your Content Marketing Funnel – Get Their Attention

Mapping Out a Marketing Funnel from Content to Sale

Don’t Try to Sell Directly in Your Content Marketing