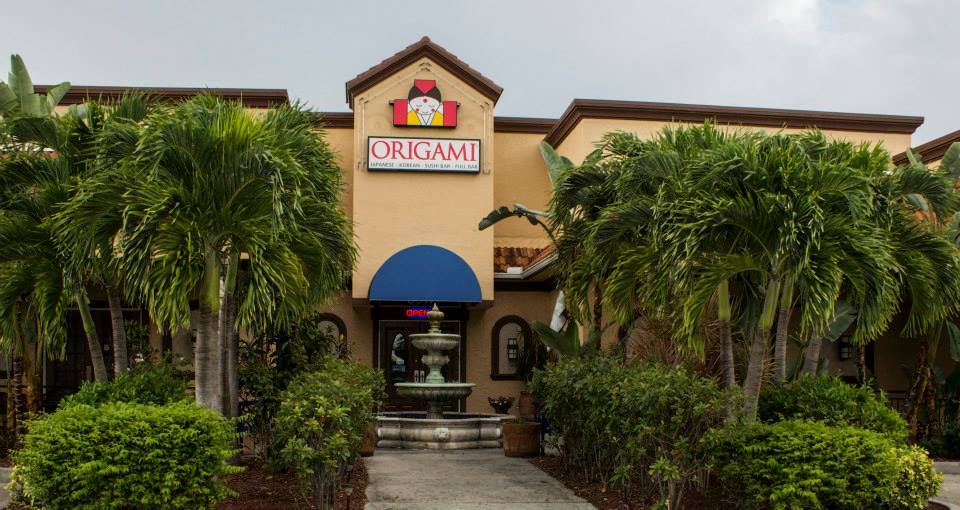 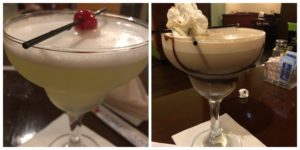 Origami Restaurant in Fort Myers has been open since 1994 and their longevity speaks to why they have been so successful. We have dined there in the past but not at their current location. Origami is known for their sushi, Korean and Japanese cuisine.  We were curious if they were as good as we remembered them being. Would you believe they are even better?

This location has been several other restaurants including most notably Bella Rosa and Funky Fish. The décor has changed of course but for a large restaurant it was warm and welcoming. We were warmly greeted by the owner Rose. She would check on us as well as other diners throughout the evening. The restaurant was not busy by any means. While they can seat 50%, we noted 5 other tables besides ourselves. We do hope their takeout and delivery is at a level where they can sustain their business.

So, let’s talk food shall we. We started the evening off with a few martinis’, Death By Chocolate and Perfect Pear served in a margarita glass. Both were perfect and well made. 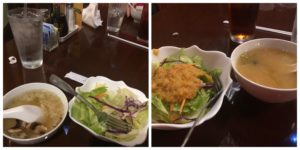 For the entrees we opted for the NY Strip and Shrimp Teriyaki (25.95) and the Pork Katsu with curry sauce (18.95). Each comes with choice of soup, we had the clear and miso soup, house salad & white rice. The soups were delicious and flavorful. The positions are huge.

When my dining partners meal arrived, she discovered she received the steak/chicken instead of steak/shrimp. Our server offered to have the shrimp cooked for her and would bring it on a separate plate. The teriyaki sauce is homemade and can you tell the difference. It was perfection. The shrimp was just outstanding. The steak was well done as she had asked for. The chicken was tender. Did I mention the teriyaki sauce was perfection?

Katsu is panko crusted deep-fried meats topped w/a traditional katsu sauce. Katsu sauce is a Japanese-style BBQ sauce made with Worcestershire sauce, soy sauce, sugar, and seasonings. I opted for the curry sauce as well. If one is not careful with curry it can overpower a dish but not in this case. I have never had Katsu before, and it is now a favorite. The vegetables of broccoli, peppers, tomatoes were just outstanding. The pork was served in strips and you could cut it with a fork. The dish had just enough kick to it and all the flavors blended well together.

We just had to have the cinnamon ice cream. It was so refreshing after a great meal.

The service, well it was not on par with the food. Our server was lax in clearing away our dishes. The soup/salad dishes remained on our table throughout our meal. He did not clear them away until after we were served our coffee and ice cream. The only other thing we noted was we were not asked if we wanted dessert. I suspect our server was a novice.

Origami Restaurant is truly one of those restaurants that provides a great experience. If you have not been yet, make sure they are on your list or get a to go order. It is no wonder that after 24 years, they are still providing an excellent experience.