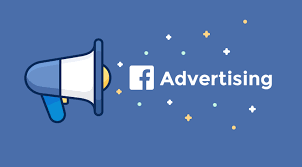 There are many misconceptions we hear about Facebook ads so we are going to shed some light on these so that you have a better understanding of advertising and marketing before you determine that your ads are or are not working for you.

We were not a fan of Facebook ads when they were first announced until we changed our perspective on them. We thought it was just a way for Facebook to make money. Which of course they do but that does not mean you can’t use them to increase your business. When we did some number crunching it changed our thoughts on this.

So let’s take a look at “reach”. TV advertising is based on households reached, radio is based on number of listeners and newspapers are based on the number printed. Facebook is based on reach. Think of reach in the same terms as TV, Radio and newspapers. You have an ad in a local newspaper and that paper prints 10,000 copies. Then your ad will reach, in theory, 10,000 people. On Facebook it is the same thing. Reach is the number of ad impressions, the number of newsfeeds or right hand columns the ad is placed on. So if the reach is 10,000 then that ad was placed on 10,000 newsfeeds or in the right hand column. Theoretically, 10,000 people saw your ad. We say theoretically because they do show the ad more than once to the same person depending on the demographics, number of those people on Facebook at any given time and the budget you use. That is not necessarily a bad thing because people do need to see your ad message multiple times before making a decision.

TV, Radio and Newspaper do not target the ads to people who might be interested in your product or service. With Facebook ads you can do this. If your customers or clients are women, you can have your ad set so that only women see it. If the age range of your customer or client is 35-55 you can set the ad so that only people in that age range will see it. The list goes on as to the choices you have as to who can see your ad especially if you use the Power Editor, however for this discussion we are keeping it simple. So which is better 10,000 people who see your newspaper ad or 10,000 people who are women and in the age range of 35-55?

Let’s take a look at cost involved because many complain the cost of Facebook ads is not affordable. We recently placed 2 ads; one on Facebook and one in a local newspaper. The Facebook ad reached 9,053 people and we paid $44.23 while the newspaper printed 10,000 papers and we paid $200.00. There are many variables with this but can you see that Facebook ads are reasonable when it comes to cost compared to other marketing/advertising methods. So what about fliers you ask certainly that is cheaper? Most places charge .49 cents for a color copy. The Facebook ad we placed we paid .0049 for each ad. The newspaper ad we placed was .02 for each ad. If you want to gain more likes for your page, have your posts reach more people, have people attend your event, promote a special deal, you can run ads for $5.00 a day. You can go lower if you choose we question the effectiveness of such ads. So now do think Facebook advertising is expensive? Facebook provides a great of insights as to the results of your ads. This will help you determine the effectiveness based on the cost. It will vary based on how many other ads are running. Just like TV, Radio and newspaper where the cost goes up when there is a higher demand for ad space. With Facebook, the cost per impression or cost per like, click through’s etc. will be higher when demand is higher but your budget does not change. You set a budget per day what will vary will be what that budget gets you.

Another complaint we hear is about ROI (return on investment). People will place one Facebook ad and do not see an increase in sales or their phone did not ring so they think the ad was not successful. What you need to do is determine for yourself if the ad was effective. You need to look at the big picture and look at results over the course of time. Placing one ad is not going to tell you much more than if people are interested in your product or service enough to want to know more. Increased sales is the ultimate goal but a long term goal not a short term goal. You have to build in the direction of sales. Your short term goals should be things like building your audience, having that audience engage with you and do not forget keeping your current clients and customers coming back for more.

What you can measure when it comes to Facebook ads is the likes, comments, shares and reach your ad receives. So if you place an ad for a special deal for $25.00 and that ad that reached 2,600 people and it got 40 likes, 5 new page likes, 5 comments and 1 share but nobody came to your store to take advantage of your special would you say it was successful? Most would say no because they did not make any money in return for the cost of the ad. But say 2 months later one of those people who liked your page does come in to your business would you then say the ad was successful? Chances are you would not even know they were somebody who even saw that ad but in reality these are the things that happen. This is why you have to look at the big picture and think long term. This is why you have to have a plan and goals. This is why you have to run more than 1 ad to determine if it is effective. This is why sales is a long term objective and not a short term one.

You do not need a large budget to take advantage of Facebook ads. For a small business who cannot afford other advertising and marketing options, this is a great way to grow your audience and market to them. It is a great way to reach your target market and people who are already interested in your product or service.

We would love to hear your stories and experiences with Facebook ads.