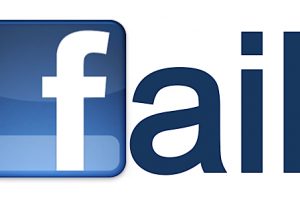 I suppose by now you have heard the story of Cracker Barrel and Brad’s wife. She worked at a Cracker Barrel in Indiana for 11 years and one day was fired but was given no reason. That one day was also her husband’s birthday. So he took to Facebook and asked why. He was given so answer so he asked that others to also ask why. 10 day later……thousands and thousands comments later, there is still no response. There is even a hashtag for it #justiceforbradswife. This is a huge Cracker Barrel Fail!

You see when this started Cracker Barrel ignored it. People started commenting on every post they made. Thousands of comments…all went unanswered. When this started on March 14 the comments left ranged in the 400-50o range and escalated to over 17K by March 22.  Articles appeared in newspapers all covering the story and the lack of response. They refer to those commenting as trolls. Some of the comments were troll like but the majority were not what I would call trolls. Cracker Barrel probably did not want to respond for a variety of reasons and more than likely thought it would go away…. But it has not. They did not post on March 24 but that did not stop the comments. People just went to other posts. This has now reached internationally and comments are now being left from people in other countries who are hearing about the story.

What makes matter worse is that all Cracker Barrel pages, no matter the location has the exact same content, so it does not matter which page you go to. This effected every location not just the one in Corydon, Indiana where the firing occurred. The posts were shared thousands of times with thousands of reactions. Some comments from “trolls” explained she was fired because things were not working out, whatever that means. The comments are very creative and humorous and worth having a read or perhaps leave one yourself. https://www.facebook.com/crackerbarrel

So, what is the lesson here? I am sure you are wondering why they did not respond in the first place. Brad was looking for an answer and if they publicly handled it in the first place none of this would have happened. By not responding it only add fuel to the situation. It makes Cracker Barrel appear to not care about not only their employees but their customers too.

Now the situation is so out of hand anything they do will not be sufficient to end the fire storm of comments. If they try to comment, they will face ridicule for not responding sooner. Depending on what they say it could make matters worse. Hiring Brad’s wife back may be an option but depending on why she was fired may not be possible. It is now a PR nightmare. When it comes to Facebook marketing Cracker Barrel failed. They failed their customers, they failed Brad, they failed Brad’s wife and they failed to take the situation seriously.

Often, I am asked by local businesses how to handle negative comments and reviews because they either want to take them down or not comment. Therefore, you should always publicly comment to a negative review or post. It avoids a nightmare that Cracker Barrel is now facing.

I can’t wait to see how they resolve this and will update this when there is a response from Cracker Barrel. In the meantime, I think I will pass on eating there or better yet ask our local store manager if they know why Brad’s wife was fired.