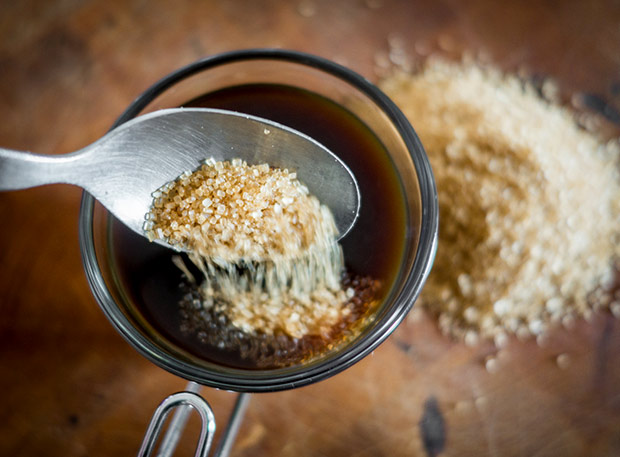 The Discriminating Diner found themselves in Lehigh Acres at the Azucar Café, a Cuban Cuisine restaurant that is tucked into a plaza that could almost go un-noticed. We were glad we found this little Cuban gem here in Lehigh Acres.

We arrived at the end of the dinner rush, around 6:30. The restaurant is small, with tables and a counter for seating. While it is small, the layout truly makes it seem much bigger. You don’t feel crowded in when it is crowded. As we walked through the door we were greeted warmly by a very busy waitress. She told us to take a seat any place we would like and she would be right with us. This gave us a chance to look around and take in our surroundings. Not overly decorated, but the décor truly fit that of a Cuban Café. The old adage, less is more, truly works well with the Azucar Café! Menus were delivered and drink orders were taken. Now we could tell that that waitress was quite busy, but was handling the crowd very well. Taking orders, delivering food and checking out customers was all done in stride. The only thing that we did not get was the name of our waitress, but that was they only fault we could give our waitress for our dinning experience this night. Our drinks were delivered and we were given ample time to look over the menu of delightful Cuban Cuisine. Available were all items from breakfast, lunch and dinner. We decided to focus on the dinner menu. Prices seemed average, ranging from $6.95 to $17.95 for an entrée which included two sides. We did notice that both beer and wine is also offered for your drinking pleasure.

After reviewing the dinner entrées we had decided what we wanted for our appetizer and main entrée. The waitress, while busy, had noticed that we were done looking over the menu and was table side ready to take our orders. My dinning partner started with their appetizer, Empanada Carne – $2.50. Their main course was the Lechon Asado – $9.50. I began with an appetizer of Croquettes Delight – $4.95 and a main course of Alrededor de La Isla – $14.95. Once our order was taken a basket of hot Cuban Bread was deliver to the table that had a very light garlic butter on it. This bread was lightly toasted to perfection. Both myself and my dinning partner thought we could make a meal of this delicious bread and Cuban coffee! We thought if this was any indication of the meal we were about to receive, we were in for a real treat! Without a long wait, our appetizers were delivered to the table. Both look wonderful! The Empanada Carne was perfectly cooked and the spice was true perfection. The Croquettes Delight consisted of two deep fried Ham Croquettes that were simply divine! Paired with the two croquettes were two rolls of Ham and Swiss Cheese. The Ham and Swiss Cheese was fresh and tasty. Both good Ham and good Swiss Cheese were used for this, which made this appetizer a Cuban Home Run!! Not long after were we done licking our fingers from the treats we had just devourer, our entrees were delivered. Just upon looking at our entrees we knew we had hit Cuban Gold! The portion sizes were grand to say the least! I could tell by the look on my dinning partner’s face just how good they were enjoying their Lechon Asado. They said that the port was cooked to perfection, with the outside of the pork having just the right amount of crispness and flavor. My Alrededor de La Isla was also a tremendous delight. The pork chunks were tender and juicy, the flavor just awesome! The Chicken Chunks were just a flavorful and juicy to pure perfection. Both items when cooked like that are usually dry and tough, usually tasting like tough leather. However, Azucar Café knows what they are doing in the kitchen as this was some of the best Pork and Chicken I have ever had cooked this way! Definitely a Cuban Treat. Now I had the Polamilla Steak to try. This is a thinly sliced Sirloin Steak cooked with Cuban Spices topped with lightly grilled Onions. The combination of this Steak and Onions was again a home run that Azucar Café should be very proud of indeed! Both our entrees and side dishes were very delicious and well worth the price we paid!

When we were done dinning, my dinning partner looked at me asked me if I would come back to Azucar Café, and without hesitation I said absolutely yes! While Lehigh Acres has many restaurants, not all are worth your time and money, but this one is worth both your time and your money! Azucar Café does a fantastic job with their food, their service and their prices!! Cuban home runs on all accounts!!

Azucar Café is open Monday through Saturday, 9am to 8pm. Closed on Sundays. Check their menu and specials out online at www.azucar-cafe.com. If you are in Lehigh Acres or going to be there, you owe it to yourself to stop in to Azucar Café and treat yourself to some fantastic Cuban Cuisine. You will be glad you did!!! And when you do, let them know you read about them here on the Discriminating Diner on What’s Up Southwest Florida!! Let them know that you support great locally owned businesses and restaurants!!

“Get A Taste Of Cuba In Lehigh” at the Azucar Café!!! Definitely a Cuban Home Run!!!!